Posted in All, Compositing, Visual Effects

In this visual effects-oriented spot for American Home Shield, danger might hit when you least expect it.

I created the closeup of the fireball using live action elements that were shot for the purpose. Live action stuff like this works really well, because you don’t have to work as hard to get a realistic look like you do with CG elements. I did supplement the fireball with some extra smoke and particles to give it a bit more potency, as well as add a camera shake. 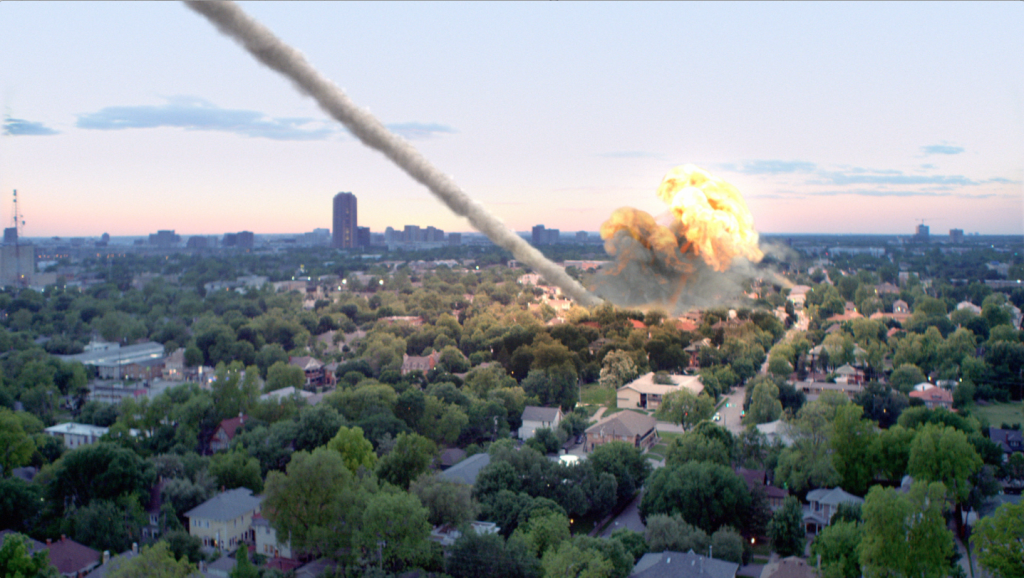 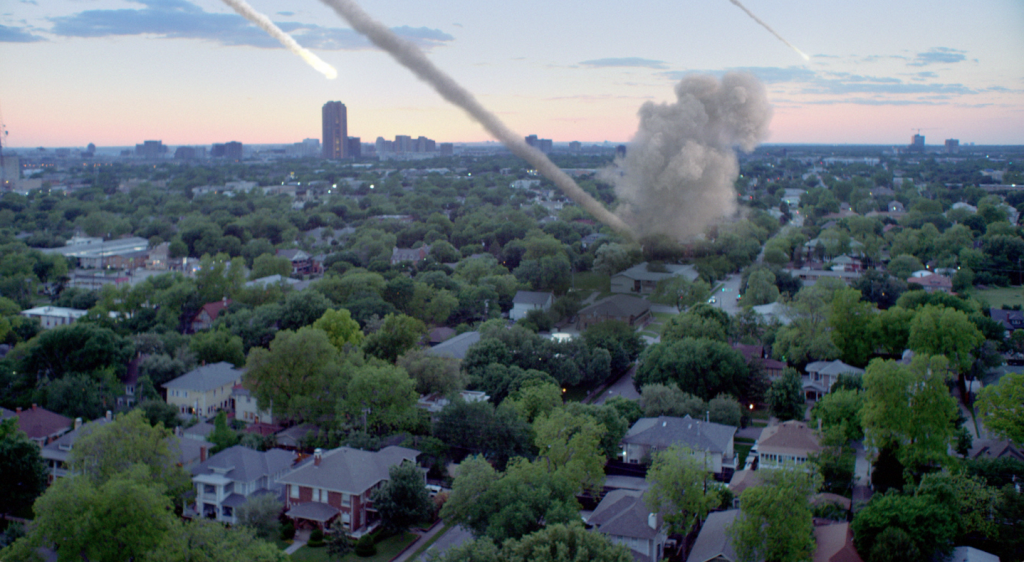 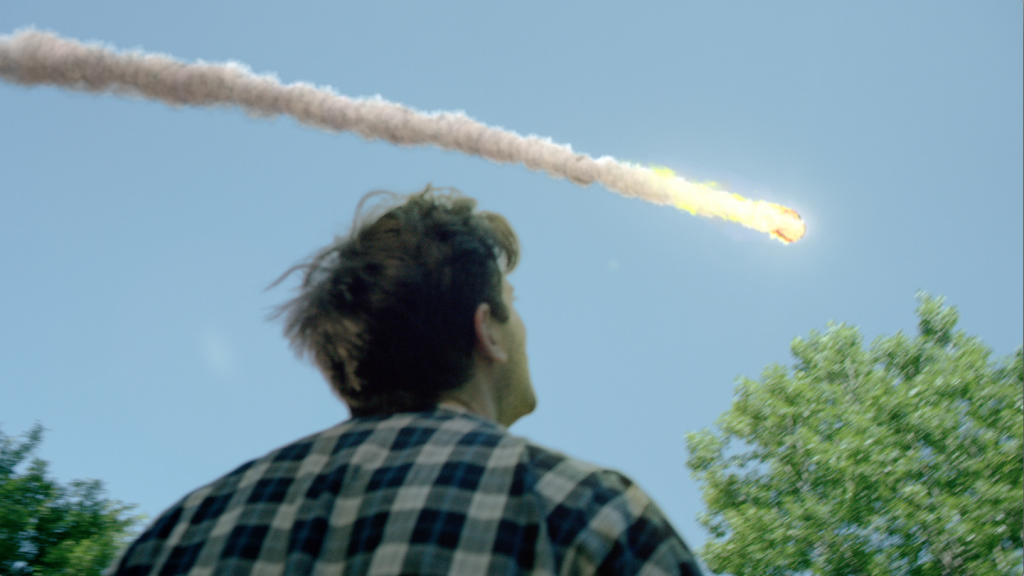 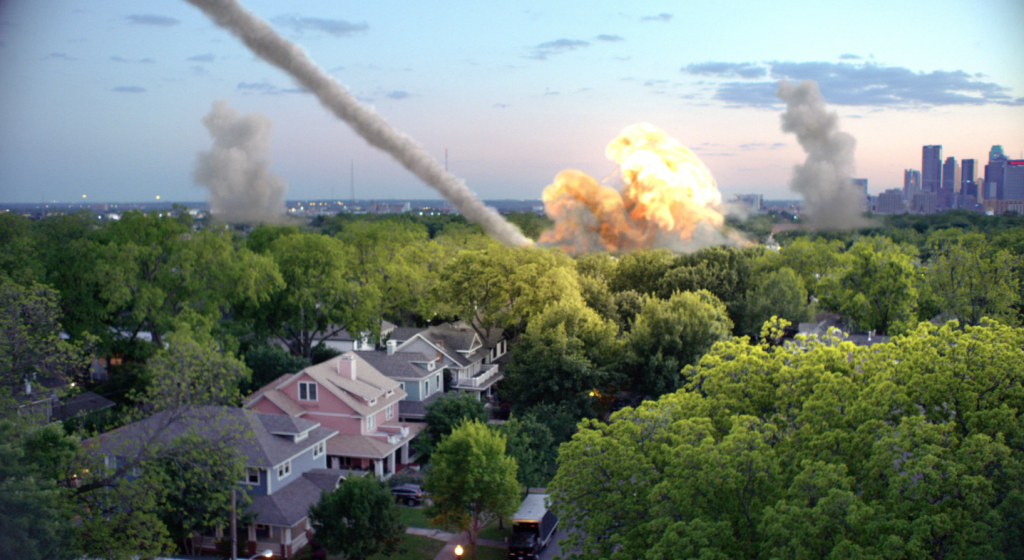 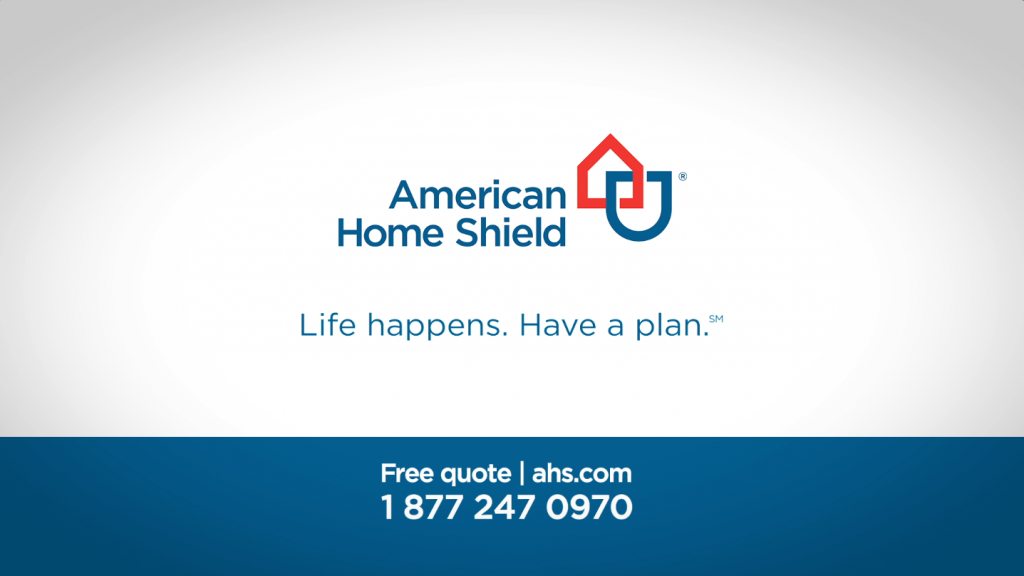 The wide shots were done using the same element for the head of the fireball, and smoke particles were added. Awhile back I came up with a way of cheating volumetric-looking plumes with particles in action, which makes it easier to control how the smoke plumes are lit and composited. The fire explosion that occurs after the fireball hit the ground was the only “true” 3D element, and it was done in Houdini and given to me as a separate element.

I also colored the plates and did the usual integration things, like add extra smoke and glows to the surrounding area. (And yes, the ubiquitous lens flare made an appearance or two.)