In this project we teamed up with Narrative to deliver this interactive live 360 project in virtual reality for JCPenney.

I was responsible for the area where you see the shiny flash transition on the door and then you move inside to Santa’s workshop. For this, I had to do the rays effect in such a way as to be seen in the 360 space. I also had to do the move to the doorway, cleanup and comp the interior shot of Santa’s workshop, and comp in the CG particle effects. The interior of Santa’s workshop involved doing four different vignettes that were shot in live action, as the live experience would randomize between the four. I had to do the ceiling of the workshop as a set extension in 3D and matchmove it along with the camera move in the plate. Since this was in VR 360, that made it quite a bit more challenging to figure out.

I also did the snowy transition in 360 back to the end tag and comped the end tag itself. In addition, I onlined and colored several deliverables that were customized for each of five stores the installation was to go into.

Here is a cool behind the scenes video that shows some of the making of the experience: 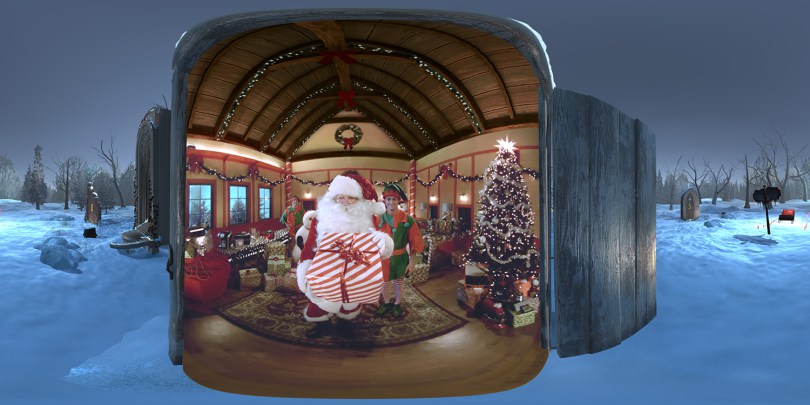 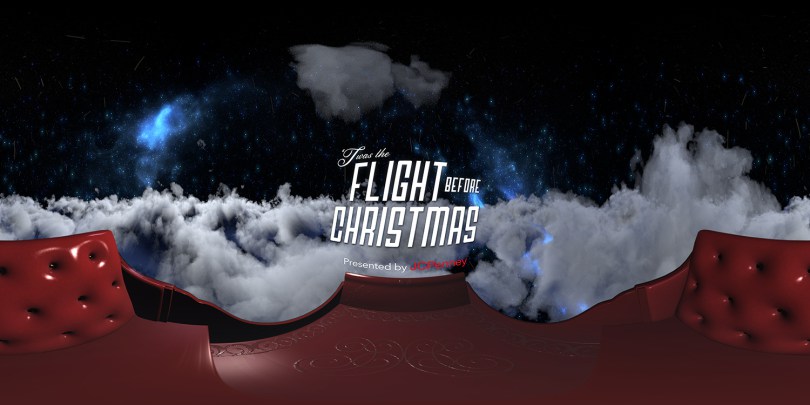 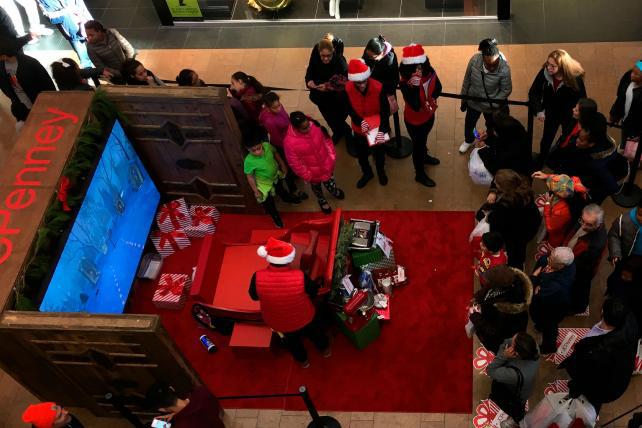 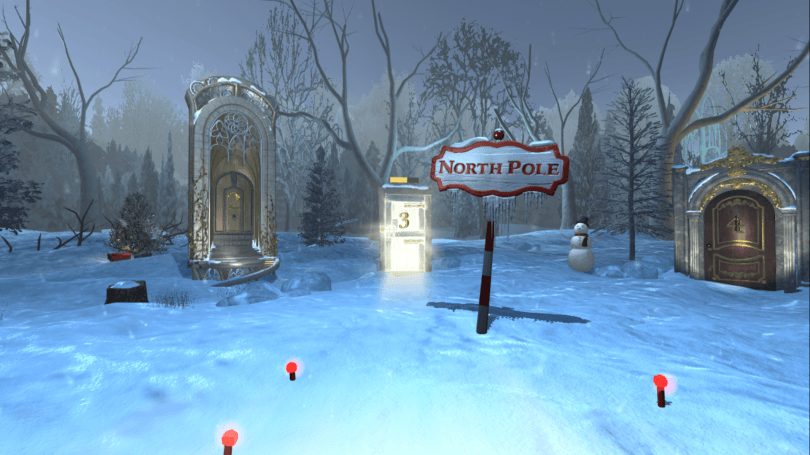 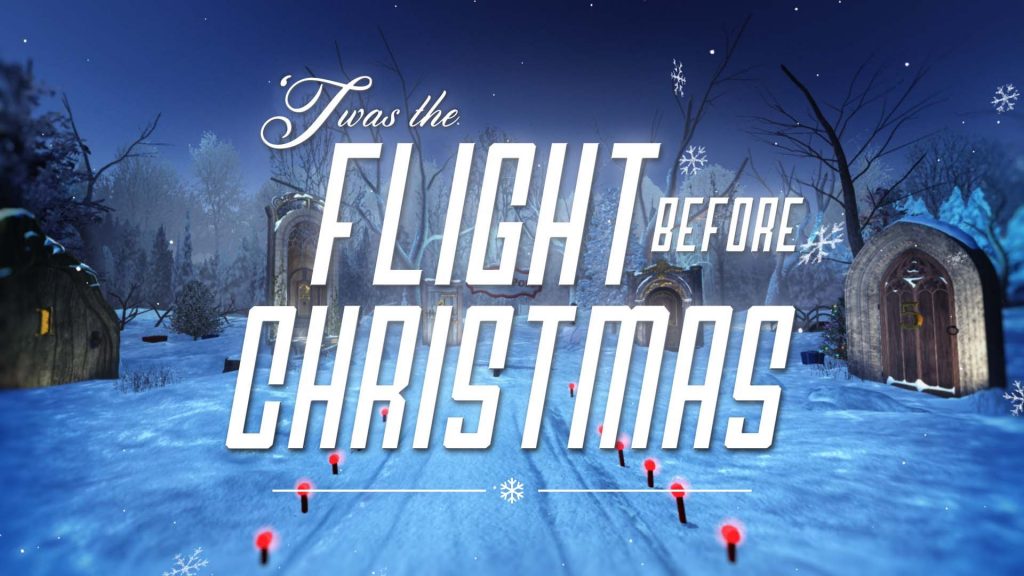