This was a promotional 360 piece for the movie Teenage Mutant Ninja Turtles 2: Out Of The Shadows.

It involved rendering the four turtles characters in full CG in their underground lair…all in VR 360. I was responsible for providing the background plate of the lair fully precomped to the CG artists who then animated rendered the turtle characters. I pulled in the renders and finished the spot with a properly sized and placed 3D logo that was supplied by the movie company.

Industrial Light & Magic gave us a basic 360 degree render of the Turtles’ lair, which required extensive matte painting and other elements to bring it to life. The background artist did much of the paint work and gave me a still image. I added moving water (including a waterfall), smoke/steam, and flickering candle light which made it more than just a still image. It became a believable background for the characters to move around in. 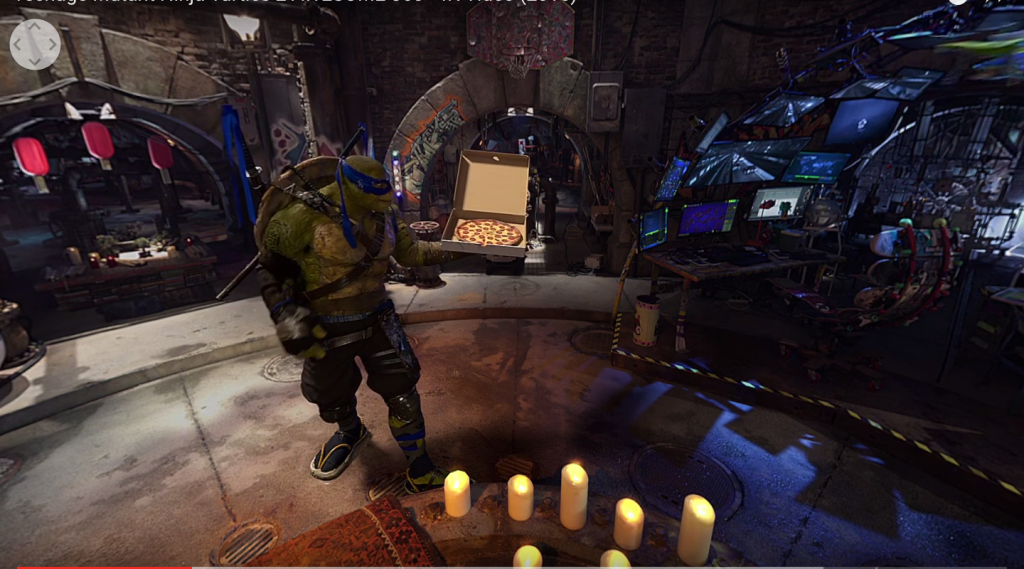 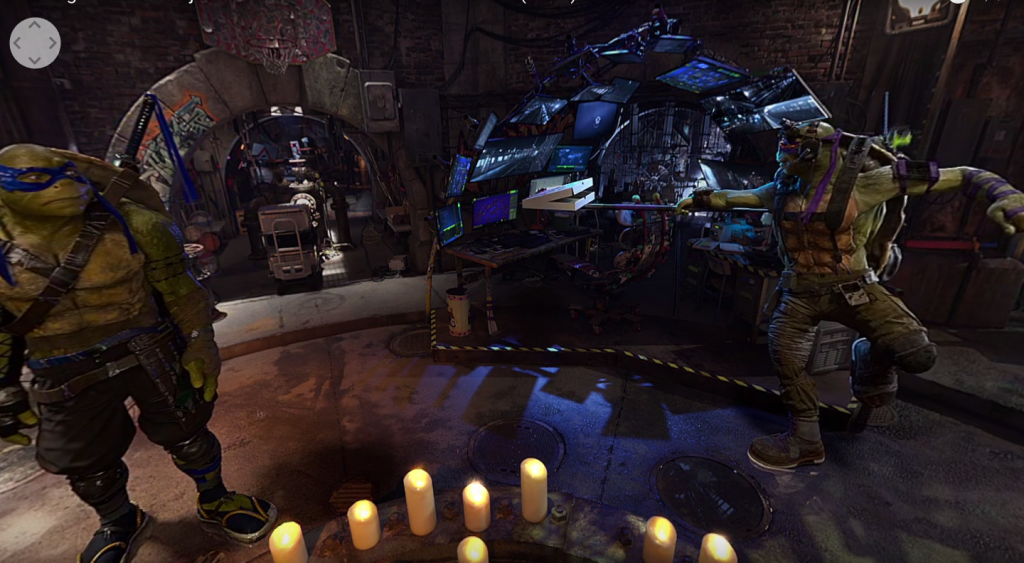 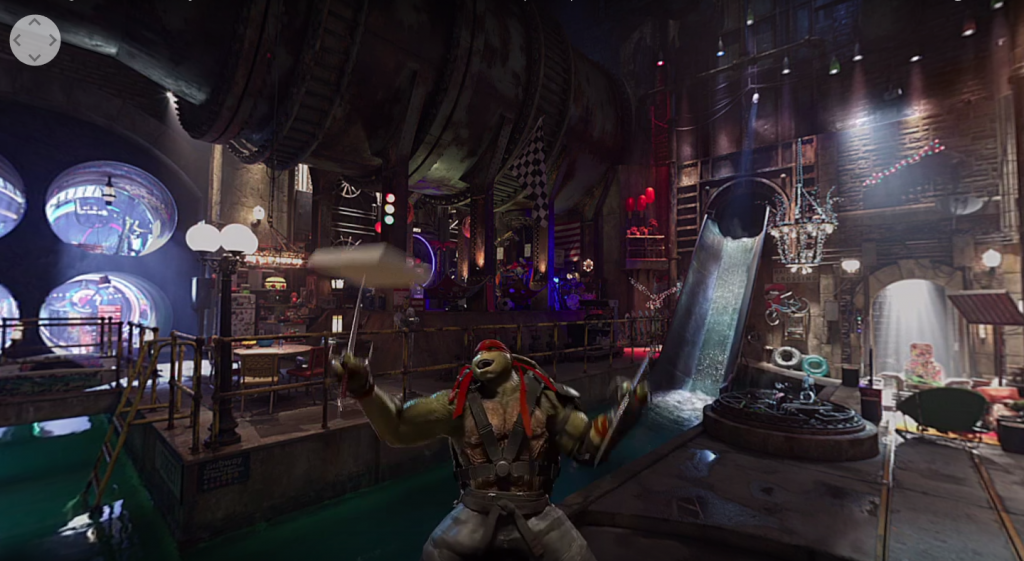 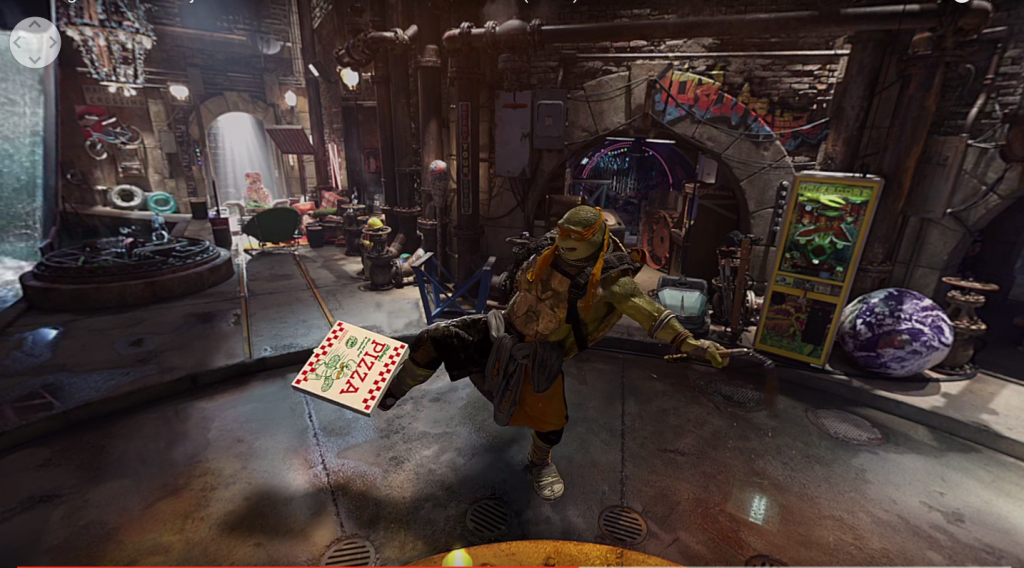