In this first-ever 360 virtual reality project for Wilsonart, we were tasked with developing a VR piece that resellers could experience while learning about the new Wilsonart design app.

We begin in a trendy loft with a spokesperson standing by a Wilsonart design board. She talks about the Wilsonart design app and how it helps you choose the best materials for your client projects. Then the design board opens and we go “through the rabbit hole” to experience several virtual experiences including skydiving, a zipline, and a hot-air balloon festival.

I was creative director for this spot, which included collaborating with the client in the very early stages of the project. Part of the challenge was to help them tailor the piece to take optimum advantage of this new VR technology, while also meeting the needs of their business clientele.

The project involved shooting with our multi-camera VR setup in several live action locations. Not much stock footage exists in VR, so we had to shoot the skydive, zipline, and hot air balloon scenes practically. Once the live action footage was in hand, we were able to stitch the footage, which involves specialized software to mend the seams caused by shooting with multiple cameras arrayed in a 360 degree format.

Before we had the live action footage in hand, we shot the talent on greenscreen so that we could select takes and create an edit, which was paced by her onscreen voiceover delivery. These takes were keyed and then composited to create the virtual “sample world”. This world was created entirely with computer graphics, which involved creating a number of sample chips and rendering them in 3D with a 360 camera.

We wanted a lot of interaction with the talent and the CG sample chip world, so it took careful planning to ensure that the talent’s interactions lined up with our animation. We planned a number of fun interactions that feel like the talent is enjoying interacting with this world so that the viewer would feel excited to be part of it as well.

One challenge we had to work out was the transition from the “virtual” sample world to the live action sections. We solved this by making the white infinity of the sample world break apart into rectangular sections reminiscent of the sample chips, revealing the live action footage beyond. This created a breathtaking effect when seen through VR goggles, especially the first transition which felt like the bottom was dropping out from under the viewer as they descended through the sky. 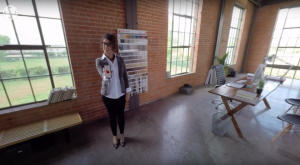 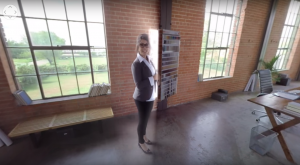 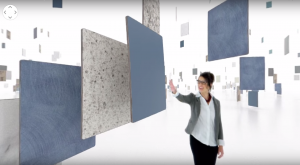 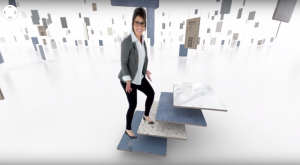 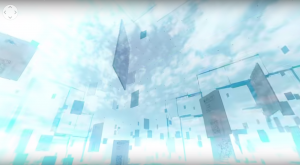 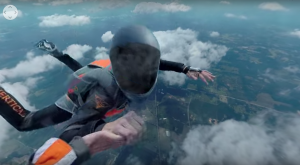 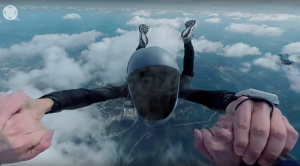 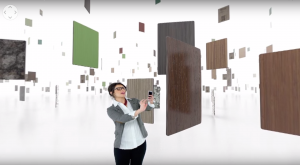 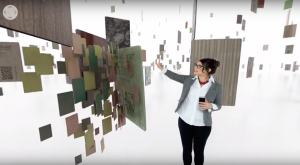 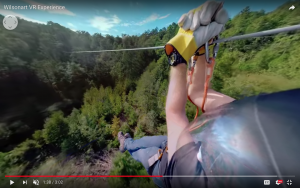 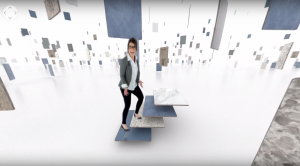 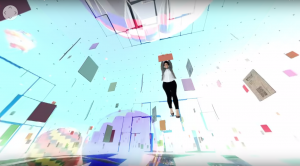 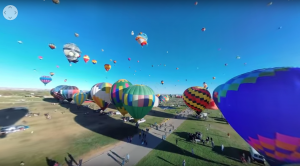 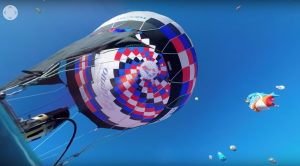 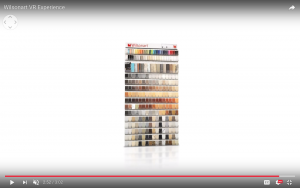 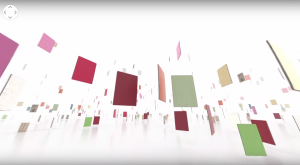